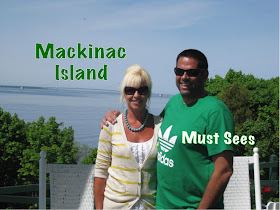 The sweet Month of May always conjures up memories of weekends away with Mr. Nine as it is our anniversary month and we always go away for Memorial Day weekend. When May arrives, thoughts of Summer, flowers, being by the water and spending as much time outside as possible is in full swing. I've mentioned before our love of Northern Michigan and located about 6 hours north of us is the famous and beautiful Mackinac Island.

What makes this particular trip extra interesting as you wouldn't know it, but Mr. Nine is running a fever in these pictures. On our way up the night before he started feeling ill, but in no way was returning home. This man is such a trooper. He would plug away all day but then we'd head back to the hotel in the afternoons so he could rest. I read the entire Twillight series while he rested. I'll never forget his sacrifice and lack of illness complaints, in fact, down playing how sick he really was because he wanted to give me a great weekend.

Upon returning home, Tuesday, he went to the doctor and had a horrible infection but thankfully string antibiotics took care of it and he was back to his strong self in no time. 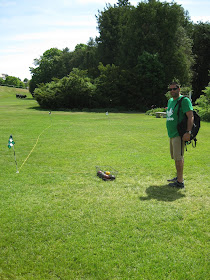 Our day on the island was picture perfect. The ferry ride over is about 15 minutes and we were blessed with a day full of sunshine and temps in the 60's! If you ever get the opportunity to go to Mackinac Island, here are some of the things we suggest you do while there. 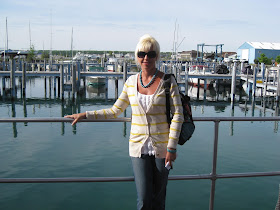 The neat thing about this Island is that cars were banned from it in the late 1800's so the modes of transportation are horses or bikes.
We made the most of our day over on the island. The island us less than 4 square miles but it is packed with so many fun things to do and see. 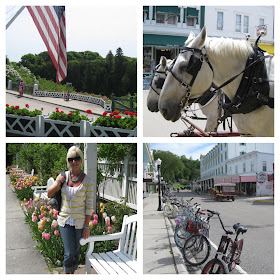 One of the first things we went to was the Butterfly Conservatory...so cool!! 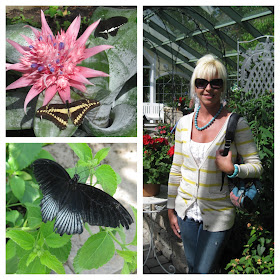 The scenery on the island is breathtaking!! The lilacs were in fill bloom and fragrant as can be! 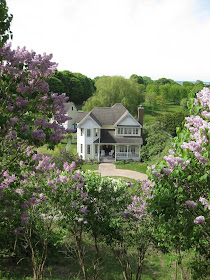 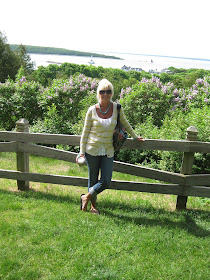 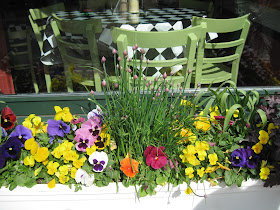 The Magnificent GRAND Hotel!!
Built in 1887, there are 300 hundred rooms and no 2 are alike. Several Hollywood Films were filmed here as well. 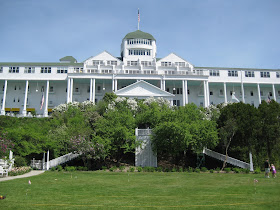 One of my favorite things to do was rocking on the massive porch at The Grand Hotel.
It is the largest front porch in the world with 660 ft.
I bet there were literally 100 Wicker rockers and just look at that view!! 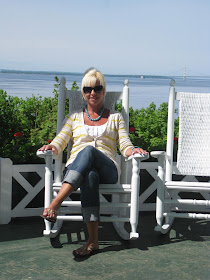 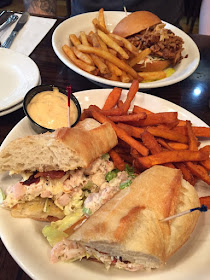 Known for their chicken salad, it was spectacular.

Arch Rock
Arch Rock is a geologic formation on Mackinac Island. It is a natural limestone arch that stands on the Lake Huron shoreline 146 feet (45 m) above the water. It is a focus of Mackinac Island tourism, and is seen by many visitors to the Island. Several trails and paved roads, including the aptly named Arch Rock Road & Arch Rock Bicycle Trail, lead to the formation. The pictures do not do it justice...so cool. 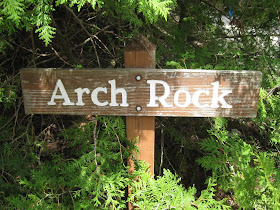 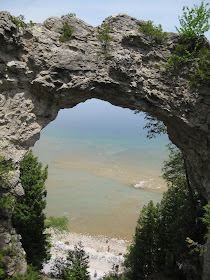 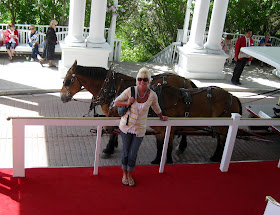 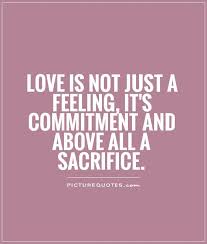 Thank you for taking the time to Browse my Blog. Your comments mean the world to me and I treasure each and every one!! If you are a non-reply blogger I won’t be able to respond via email. Kindness and Love, xo